By clicking the Subscribe button, you are confirming that you are over 13 years of age and you consent to receive emails whenever we add new content to our blog. See our Privacy Policy to learn how we protect your personal data.
Connect with us:
Must Read
View All
Instagram Feed
Pinterest
View All
Tags
Categories 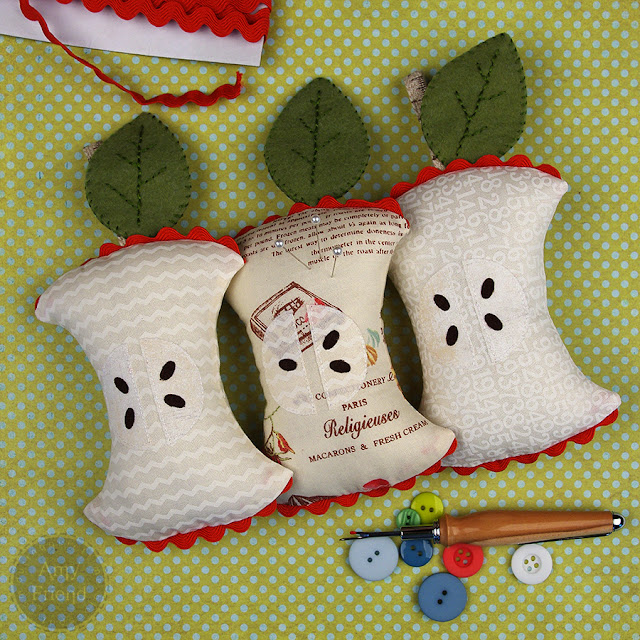 I must start by admitting that I got sidetracked.  I was intending to stitch up something quilty using the Sizzix Apple Core Die, but my mind got to wandering and I decided that I simply had to make actual apple cores!  I made these adorable apple core pincushions by die cutting fabric using bits of three different dies. 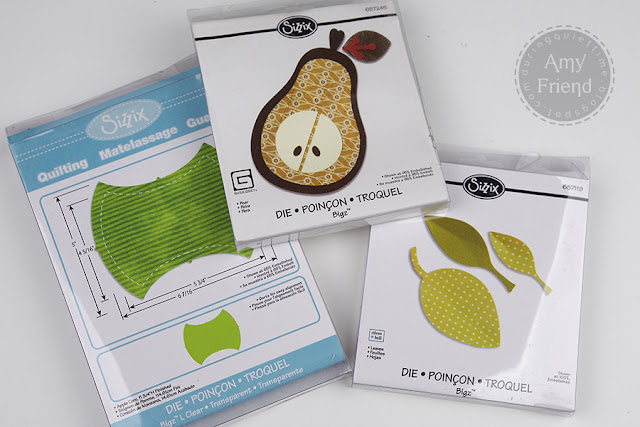 In addition to the Apple Core which was used to cut the pincushion front and back, I used the Pear Die to cut the inner core sections and 3-4 seeds, and the Leaves Die to cut a set of two felt leaves (choosing the largest leaf on the die). 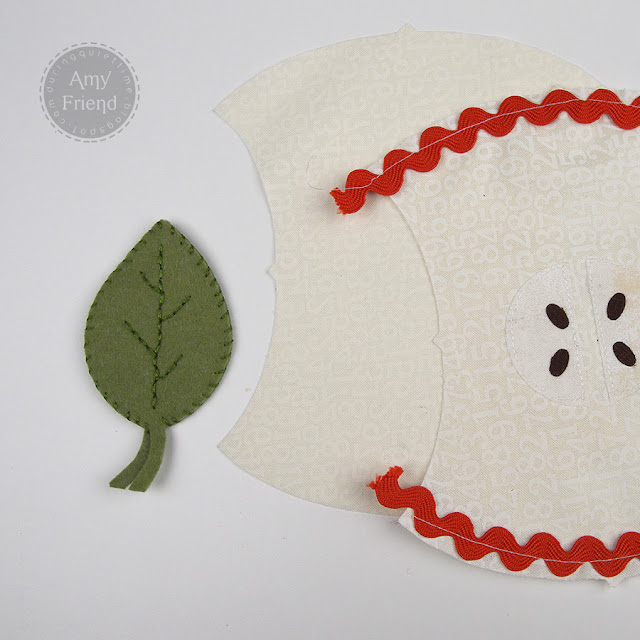 After die cutting the leaves from wool felt from Commonwealth Felt, I embellished with hand stitched veins.  I then stitched two layers together for added body.
The inner core and seeds were die cut with a layer of Steam A Seam 2 fused to the wrong side of the fabric and were then appliqued to the apple core front.
I used red rick rack along the upper and lower edge to look like the apple skin. 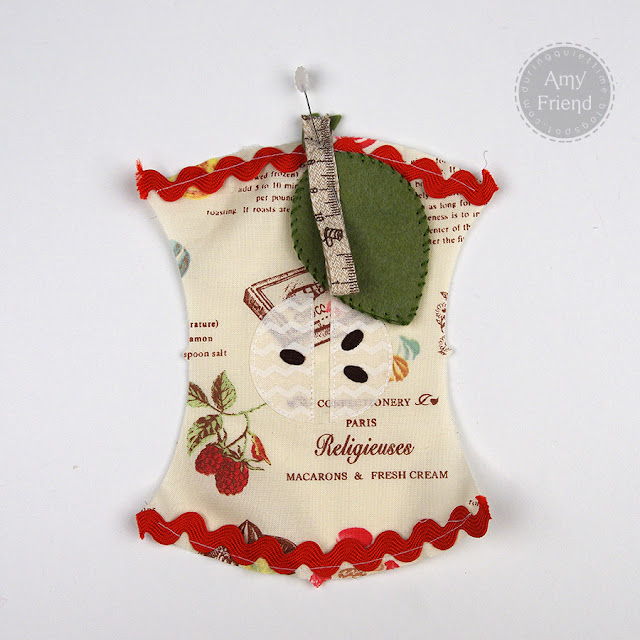 After appliqueing the inner core and seeds, basting the rick rack in place, and embroidering the leaf, I placed the leaf right side down on top of the apple core with a 6" loop of twill tape to represent the stem.
With right sides together, I stitched the apple core pieces together with a 1/4" seam, leaving an opening for turning at the bottom.  It's important to clip all the curved seams so that they turn nicely, but especially the top and bottom due to the rick rack.  The apple cores were stuffed with fiberfill and then the opening was hand-sewn closed. 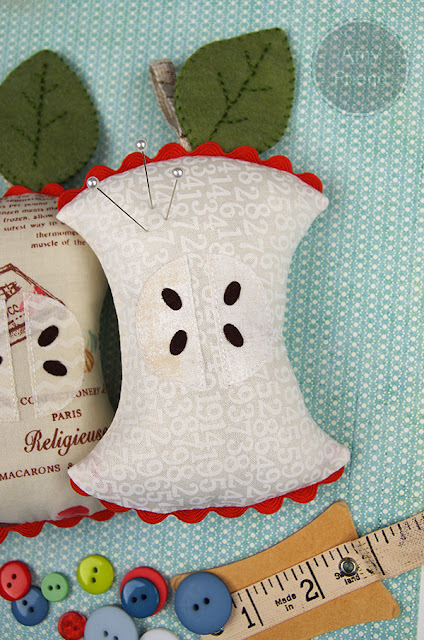 I'm so glad I got sidetracked because these are adding some cheer to my sewing table this fall!Amy

This entry was posted in Fabric and tagged BasicGrey, Eileen Hull on Oct 15, 2012 by Amy Friend. ← Previous Post Next Post →