These Halloween Candy Holders Are Perfect For a Classroom Party! 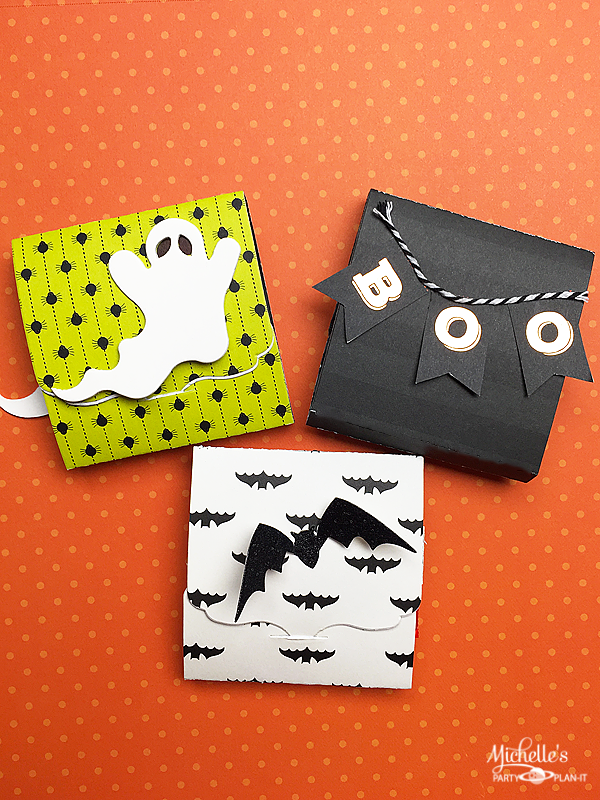 I've started planning for my son's class Halloween Party, and decided to create fun little Candy Holders for him to pass out to his classmates. We will also fill some of them with little toys; maybe a plastic spider ring or two for the kids with allergies.  Luckily, his class only has 14 kids, so I'll be done in no time at all!

Today I'm sharing with you the first three I've completed so far. 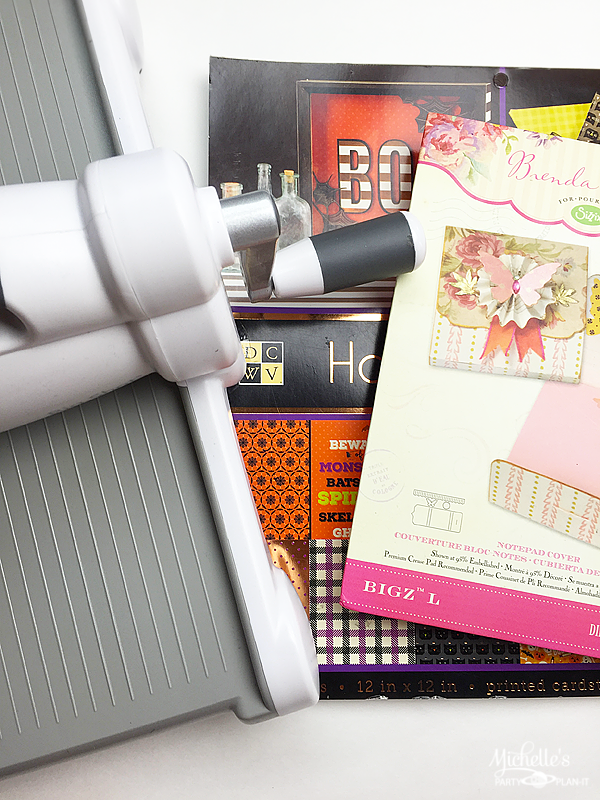 Even though I only need to make 14, I decided to take a few short cuts with the embellishments and used the Halloween Night Paper Stack by DCWV. The paper pad set included pages of tags that happened to fit perfectly in the Brenda Walton Notepad Cover! 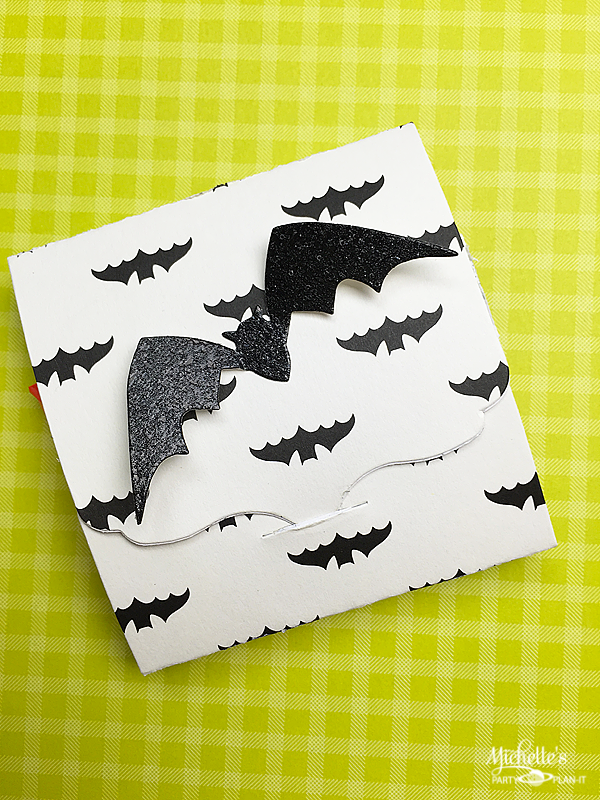 I wanted my candy holders to be two sided so before I began I adhered two pieces of scrapbook paper together, wrong sides together. I then trimmed the paper down to fit over the Notepad Cover section of the die. 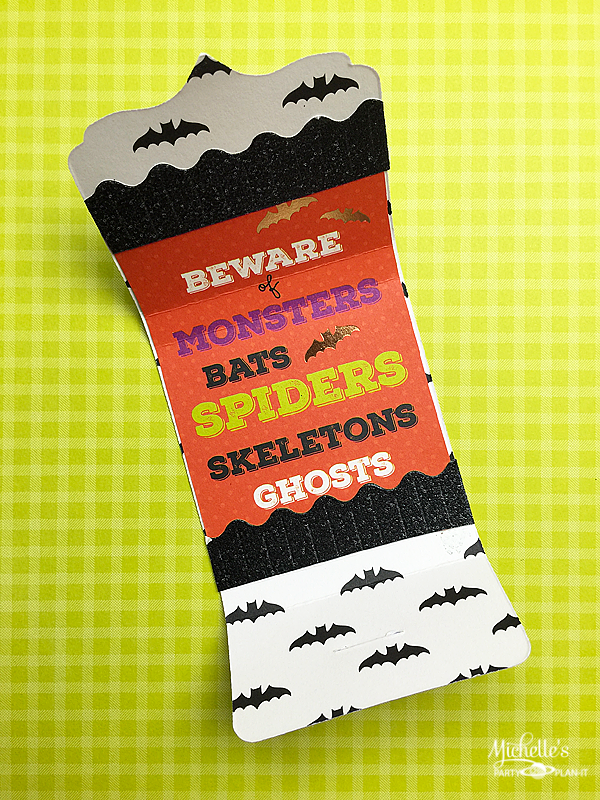 For the inside, I trimmed one of the tags from the paper pad and adhered it to the center of the notepad cover. I then added some trim that I die cut using the Notepad Cover die.

For the final touch on the front, I added a glitter bat that I die cut using the Hocus Pocus Bigz Die.

For the second one,  I cut another tag from the paper pad and made a pennant with a little bit of twine. 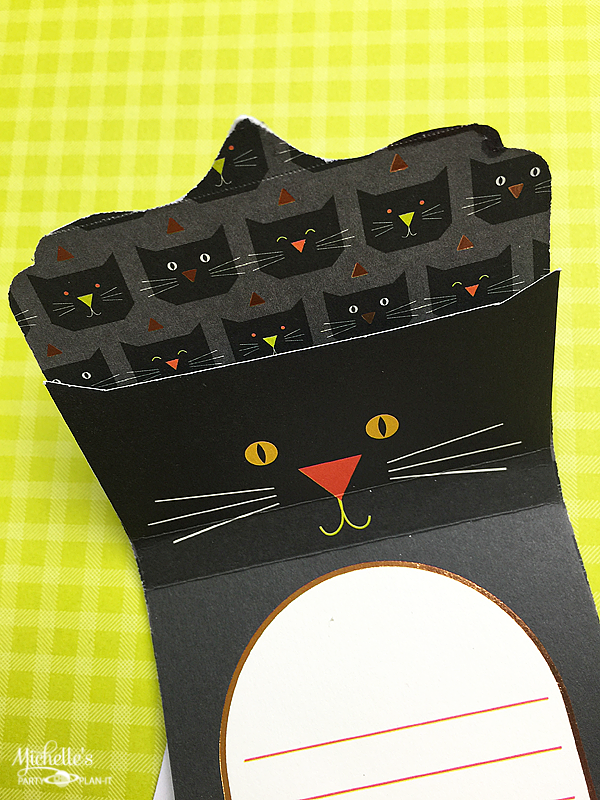 Next, I added a second tag on the inside with room for a sentiment. 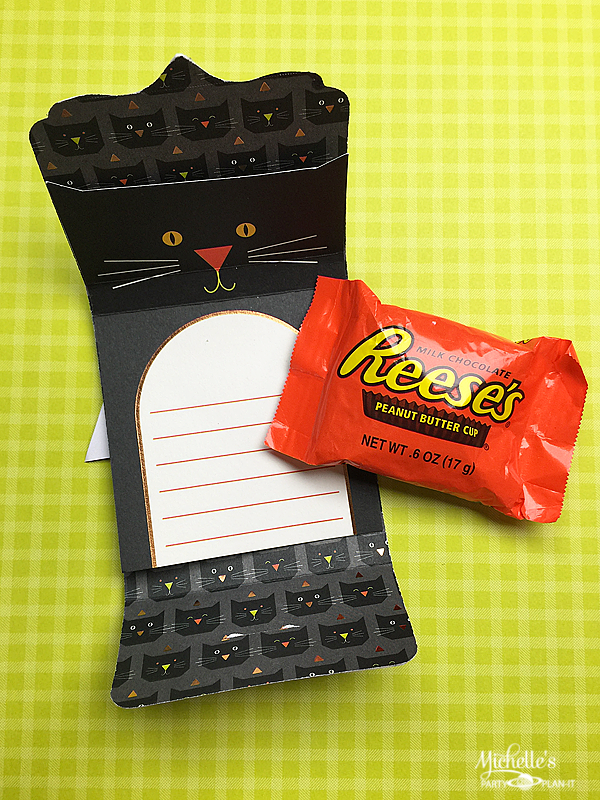 Isn't it cute? I love the little black cats! Reese's Peanut Butter Cups fit perfectly, just a little double sided tape and they're all set for my son's classmates! 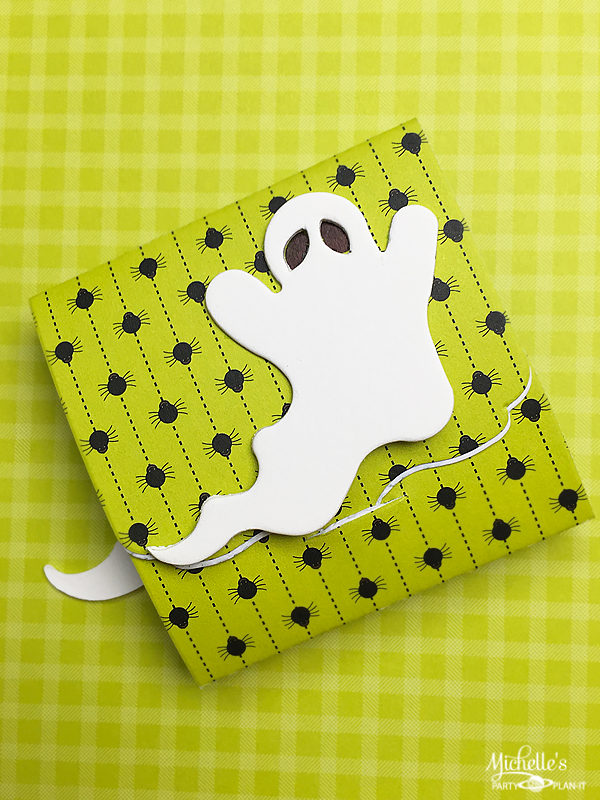 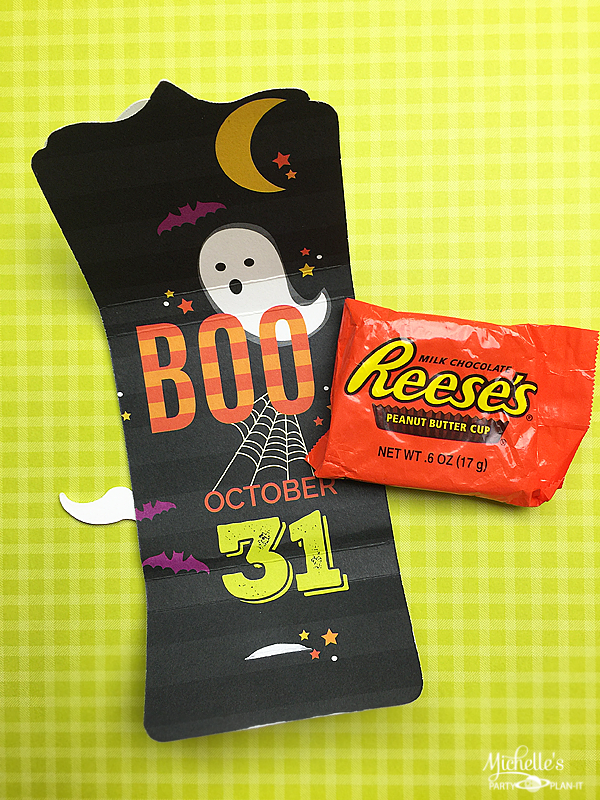 The printed paper was perfect for the inside of the candy holder, no other embellishments needed! Super easy!

I hope you give these little treat holders a try for Halloween!